Why is petrol 20c cheaper in Sydney than Melbourne?

As usual, the price of petrol increased in Melbourne just in time for christmas, I recall it being over $1.25/litre before leaving to holiday in Sydney. Upon arriving in Sydney, fuel was advertised everywhere for close to $1.10/litre.

Since that point, I’ve sporadically checked prices in Sydney and compared to Melbourne and on each occasion found them the same or cheaper.

Today I got around to doing a thorough check of the previous year’s worth of prices in both Sydney and Melbourne. I found that Sydney - $125.9/litre - on average was actually more expensive than Melbourne - $123.4/litre. The ‘fuel cycles’ in Sydney and Melbourne are not entirely in sync. The price differences were simply a factor of Sydney being at the lower portion of its cycle while Melbourne was in the higher portion. 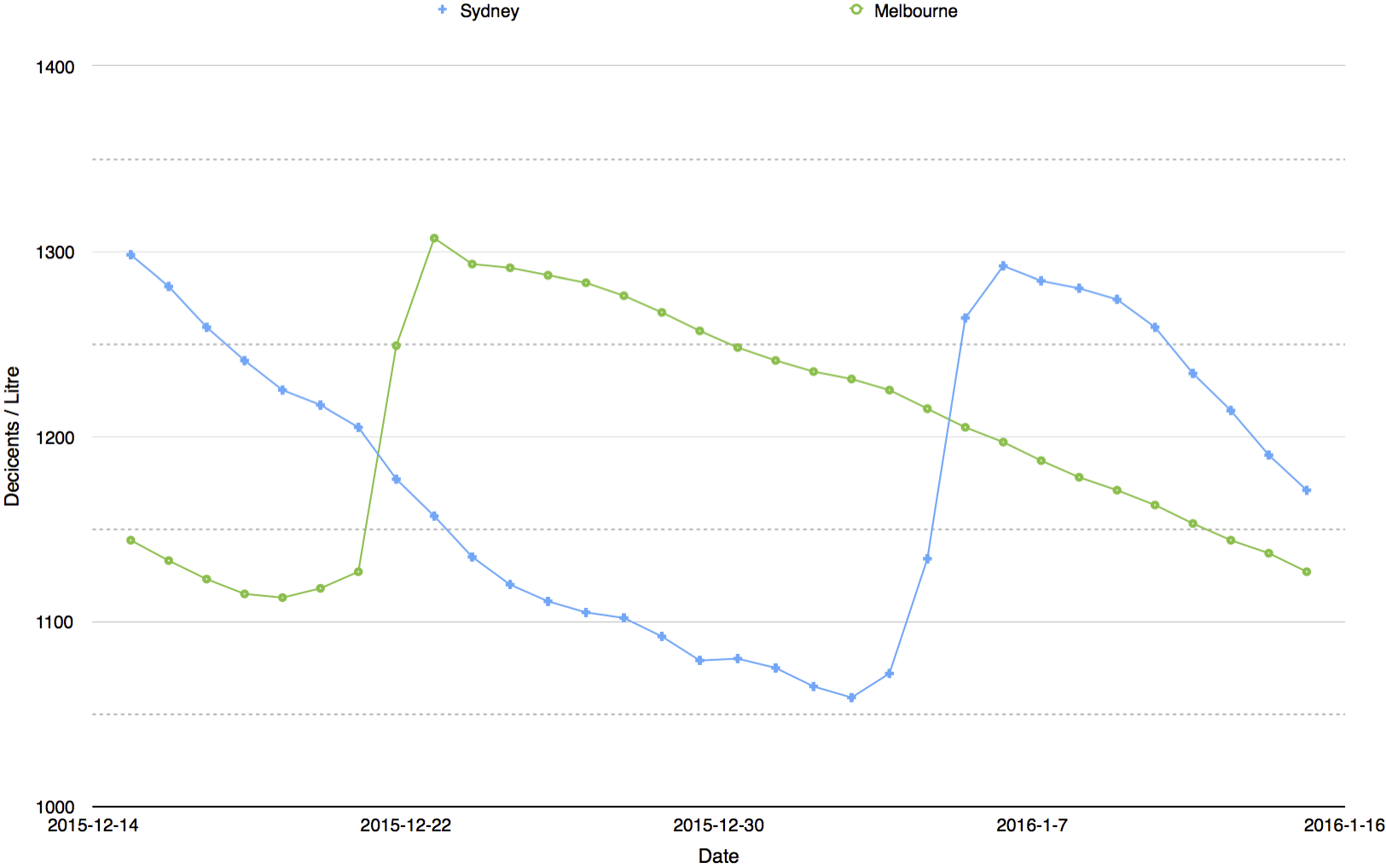 According to the RAA - South Australian Royal Automobile Association, the fuel cycle are driven by competition. When margins are at their highest, little by little retailers compete with each other by slowly lowering the price. As to what causes such a large rapid rise in the first place? The ACCC states that these rapid increases are a deliberate policy of the retailers and are not necessarily linked to the wholesale petrol price.